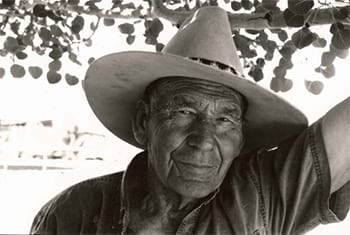 Ernest “Tap” Tapley’s death means the loss of a great many things. On a personal level, Tap was a family friend. I knew him when he was in his 60s, but you would never have guessed his age from his vibrant personality. Tap was a fascinating individual, and I never believed that more than the day I watched him shoot a homemade potato gun from the barnyard near his Santa Fe home.

On a larger lever, the absence of Tap’s influence on outdoor education will be felt by thousands of graduates of the numerous programs that he helped to found, including the Outward Bound School. While his legacy in outdoor education is vast, he and his wife, Anita, personally touched a great many lives, including mine. He was named a “living treasure of Santa Fe,” and I truly believe that he was the definition of that term. He will be missed.

In order to give justice to Tap’s full life and accomplishments. we’re including a copy of his obituary and linking to his obituary from the New Mexican.